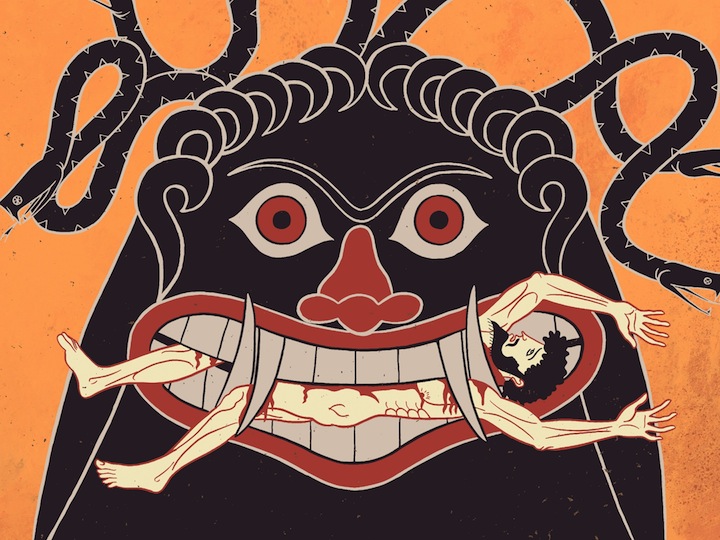 In 1996 the Hungarian Film Festival of Los Angeles screened 18 minutes of early footage from “The Tragedy of Man,” an animated work in progress by the director Marcell Jankovics. In the segment Lucifer and Adam visit a socialist community sometime in Earth’s grim future, a place where poetry and rose cultivation are banned, babies are issued numbers rather than given names, and the dessicated corpses of citizens are recycled to make household goods. Michelangelo—or at least his reincarnated form—is a frustrated factory worker; Plato spends his time herding oxen.

“The people loved it, ” said Bela Bunyik, the festival’s founder, of that initial sneak peek. “’When’s it coming? When’s it coming?,’ they asked. Everybody was waiting.”

As it turns out, that footage was just a small excerpt from a film that wouldn’t be completed until 2011, fitting for an epic that begins at the dawn of creation, ends with man’s last gasp and includes stopovers in ancient Greece, 17th-century Prague, Dickensian London, and outer space, among others.