Politics: Stand Among the Nations 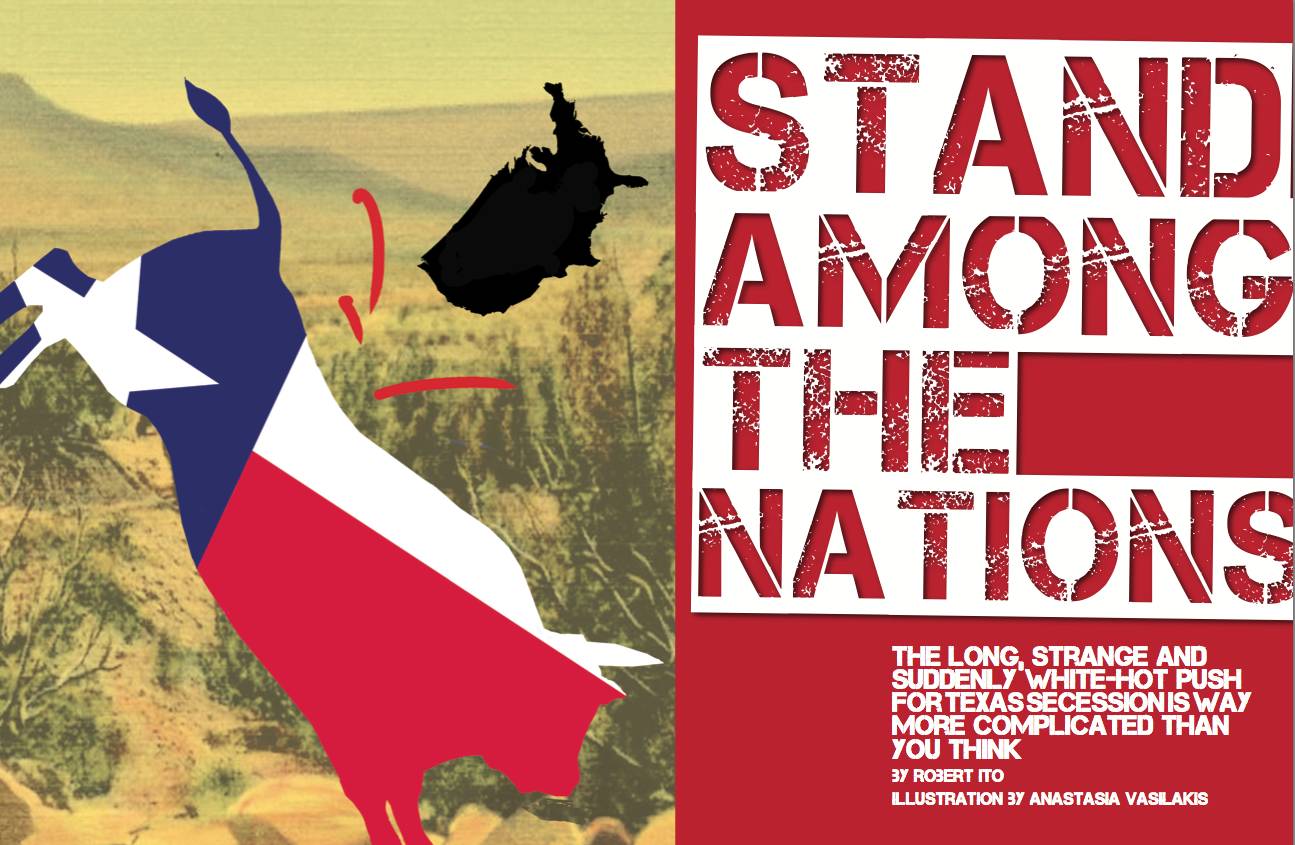 “Stand Among the Nations”

Larry Kilgore loves Texas so much and the United States so little that he went before a judge last December and changed his middle name from Scott to SECEDE, all caps, because that’s exactly what he wants Texas to do. Secede. From the United States.

The process was easier than Kilgore thought it would be. Fill out some paperwork, answer a couple of questions from the magistrate (“Did you read the spelling of your name, and do you agree with it?”), hand over $261. Just like that, boom—new, weird middle name. Kilgore’s wife of 23 years, Valerie, wasn’t nuts about the idea. “A lot of times,” says Kilgore, “she rolls her eyes and shakes her head at the things I do.”