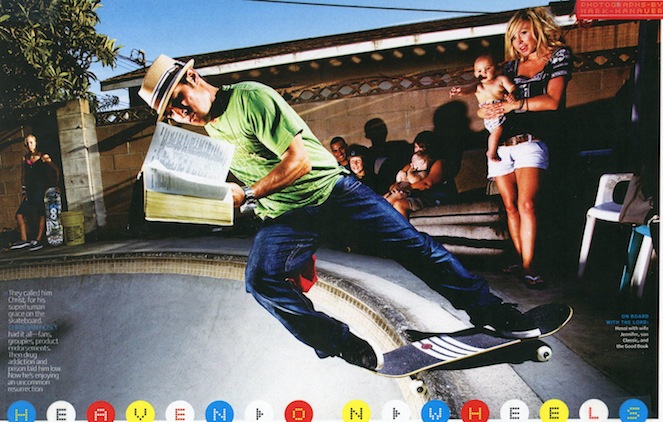 He was born Christian Rosha Hosoi, only son of Ivan and Bonnie, in Good Samaritan Hospital in downtown Los Angeles. His first name came not from the religious beliefs of his parents but from Fletcher Christian, the mutineer, whom Ivan admired for his “wildness.” His middle name, Rosha, was chosen because the boy entered this fallen world during Rosh Hashanah, with Jewish blood flowing through his veins. His last name, Hosoi, is Japanese. When asked, Christian will tell you he’s Japanese, though he also inherited traces of Chinese, Hawaiian, Scottish, Irish, and French from his mom. Strangers sometimes speak to him in Spanish, believing he is one of their own.

When he was reigning as one of the greatest skateboarders of his time, though, Hosoi was known simply as Christ. Christ! Beyond the blasphemy and the hubris, there’s the burden of living up to such a title. What would Jesus do if he were skating the first heat of the North Shore Bowl Jam? How high do you have to blast when you’re sharing names with the one living Son of God?