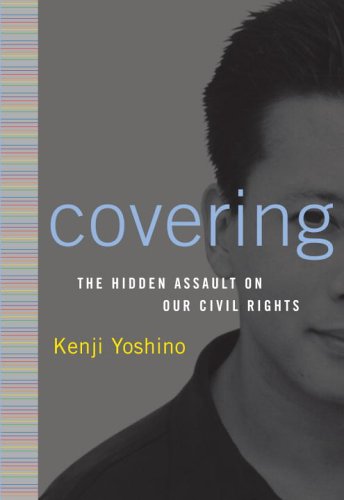 "Everyone covers," writes Yale law professor Kenji Yoshino in Covering: The Hidden Assault on Our Civil Rights. Actor Ramón Estévez did it when he became Martin Sheen; Jews do it when they obey the cultural edict to "be a Jew in your own tent and a mensch when you go out." If you're a black man who professes to like Yanni, you might be covering, or you might just like Yanni. Asians who wear khaki Dockers, gays who don't "act queer"—all potential coverers.

Yoshino defines covering as "toning down a disfavored identity to fit into the mainstream." Since notions of "disfavored identities" can be as fluid as ideas about what constitutes the so-called mainstream, just about anyone can cover, whether they're members of ethnic minority groups hiding specific cultural behaviors or, as Yoshino notes, white men hiding their depression or alcoholism or working-class backgrounds. On face value, covering is a tough sell: If everyone does it, how bad can it be? By his own admission, Yoshino—a gay Japanese American guy who may or may not wear khaki Dockers—covered, and continues to cover, and he turned out swell: Harvard grad, Rhodes scholar, Yale prof, published author.