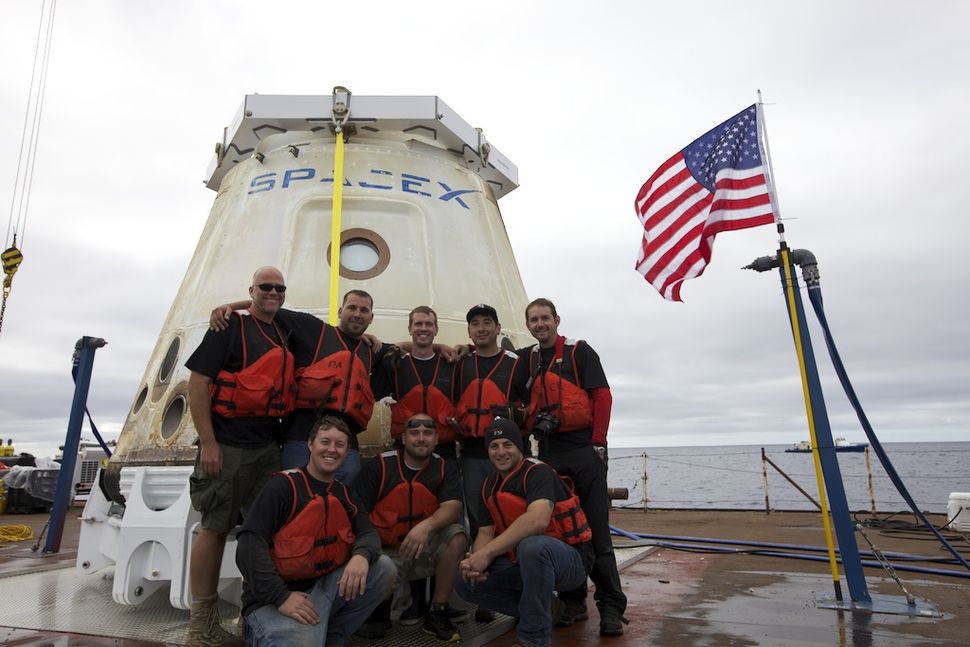 Last March, a Falcon 9 rocket with a Dragon capsule laden with supplies blasted off from Florida’s Cape Canaveral on its way to the International Space Station (ISS). Among the 2,300 pounds of cargo were scientific experiments designed to test the effects of microgravity on plant seedlings and microprocessors, experiments that are part and parcel of the space station’s mission. Also included were apples, bananas, peanut butter, and air purifiers. The purpose of these items was more mundane, if no less important: to help keep the space station’s six-member crew alive.

In a similar fashion, Space Exploration Technology Corp., or SpaceX, the company that builds the Falcon 9 rocket, is currently helping keep America’s space program alive. Ever since NASA disbanded its shuttle program in 2011, the federal space agency has had to hire foreign governments, as well as private companies like SpaceX, to take care of many of its space-spanning duties—like getting people and supplies up to the ISS.