Politics: When a Dying Kid's Wish is to Kill 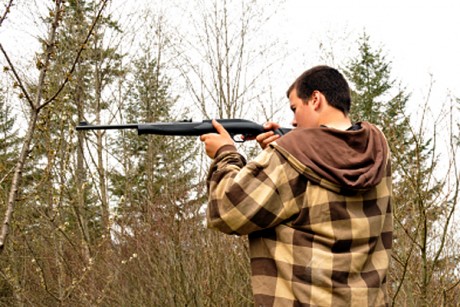 “When a Dying Kid’s Wish is to Kill”

Tina Pattison is in the wish-granting business. As president and founder of the nonprofit organization Hunt of A Lifetime, Pattison helps kids with life-threatening illnesses fulfill their dreams of shooting their first elk, or moose, or boar. If your son is dying and wants to visit Disneyworld, well, she can’t do anything for you. But if your son wants to go out in the wilds of Maine with a high-powered rifle and bring down a really big bear, Pattison’s the woman you want to see.

Pattison is telling me all sorts of stories about her group, her life, and the crazy things she’s seen running Hunt of a Lifetime for the past 11 years. We’re at the Oak Tree Gun Club, a lovely shooting facility about a half hour drive north of Los Angeles, and her stories are being punctuated by the pop, pop, pop of handgun fire from the nearby pistol range. She’s come here to Southern California for a celebrity sporting clays competition—two of the group’s longtime supporters are Ted Nugent and NASCAR champ Jeff Gordon—in the hopes of finding some big-name stars to help her cause.