Science and Technology: The Phantom Chaser 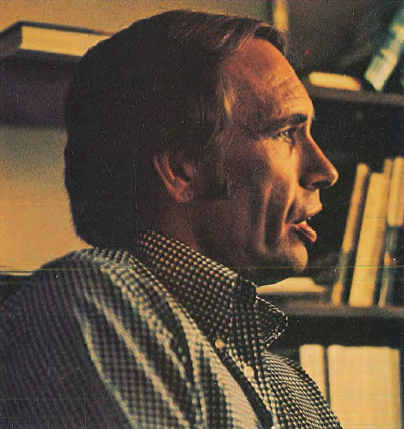 Psychology professor Ivar Lovaas stands at the front of the auditorium in UCLA’s Franz Hall and signals his assistant to start the film. There is no sound. The footage is blurry, with the overexposed, bleached-out look of a home movie. A grainy image of a plump girl with dirty brown curls, seated at a low table, fills the screen. The students crane forward in their seats. Suddenly, the girl slams her forehead against the edge of the table.

The scene shifts to a little blond boy who is punching his face with both fists. His cheeks are two bright red ovals. In the next scene, the boy’s hands are covered with padding, but he continues to pummel himself, the gloves moving in steady arcs toward his face. There is no narration, and the quick cuts give the footage a surreal, dreamlike quality. How long has this boy been beating himself? Minutes? Hours? Finally, a figure in a white lab coat steps into the frame and holds the young child against his body. It is a hug, but it is something more. It is a restraint.