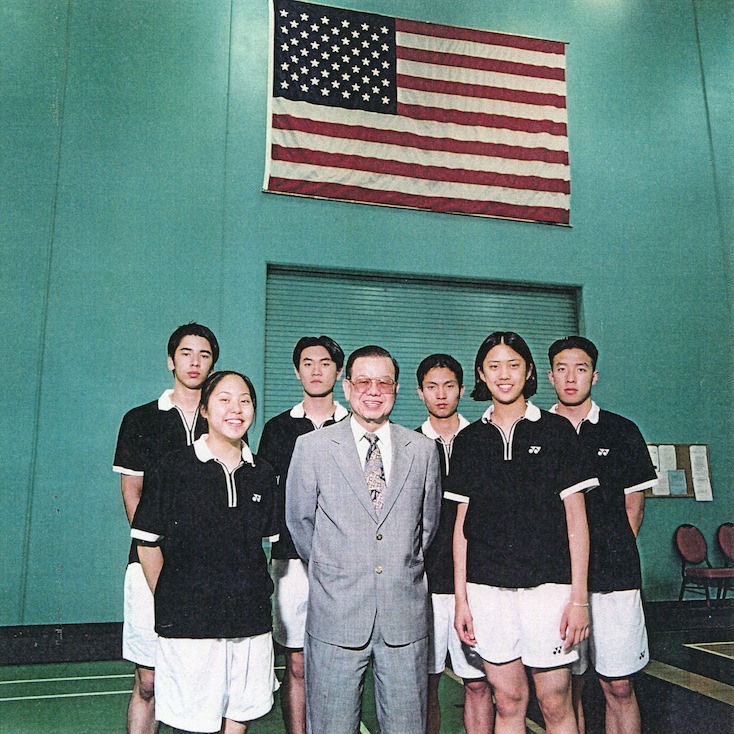 On Sunday afternoons, the Orange County Badminton Club feels more like a large family reunion than an athletic facility. The Thai restaurant adjoining the club is closed for the day, so mothers lay out a potluck lunch of Indonesian noodles and pork fried rice on a small, collapsible table. Young couples fill the courts, shuffling and lunging at the feathery white shuttlecocks as their kids run around in the bleachers.

But when four teenagers start playing a game of doubles, you can immediately tell they’re not your typical weekend athletes—and this is not your typical backyard game of badminton. The first thing you notice is the pure speed, the shuttlecock a blur as it whizzes back and forth just inches above the net. When one player leaps in the air to hit an overhand smash, the sound is like the crack of a baseball bat. The return sends the bird hurtling toward the lights; then another player caresses a drop shot that sinks a foot in front of a charging opponent.