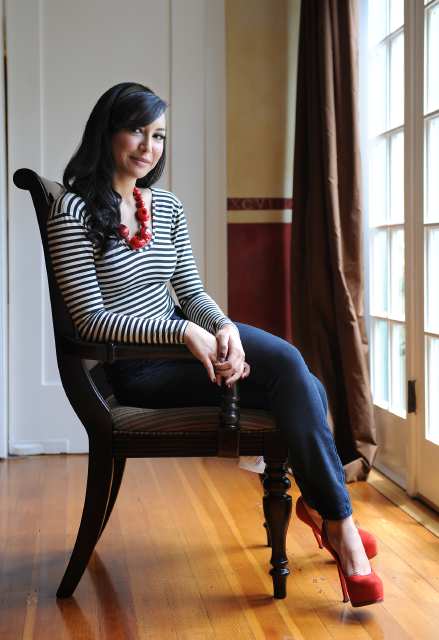 Fans of "Glee" have long suspected that there was something special going on between Santana and Brittany, the show's mean girl/dim girl cheerleading duo. There were the goo-goo eyes and the intertwined pinkies, the back rubs and flirty duets.

The relationship might have been just another inside joke on a show full of inside jokes, but fans wanted more. They dubbed the pair "Brittana," and tweeted and blogged endlessly about how great it would be if the two became a real couple. Of course, fans known as "shippers" have fantasized for years about imaginary trysts between their favorite characters. This time, though, show creators Ryan Murphy and Brad Falchuk did something unexpected: they listened, creating a plotline this season in which Santana professes her love for Brittany.

The fans "should take credit for that," says Naya Rivera, the 24-year-old actress who plays Santana on the show. "Who knows if the writers would have taken that relationship so seriously if there hadn't been such an outpouring for them to get together."