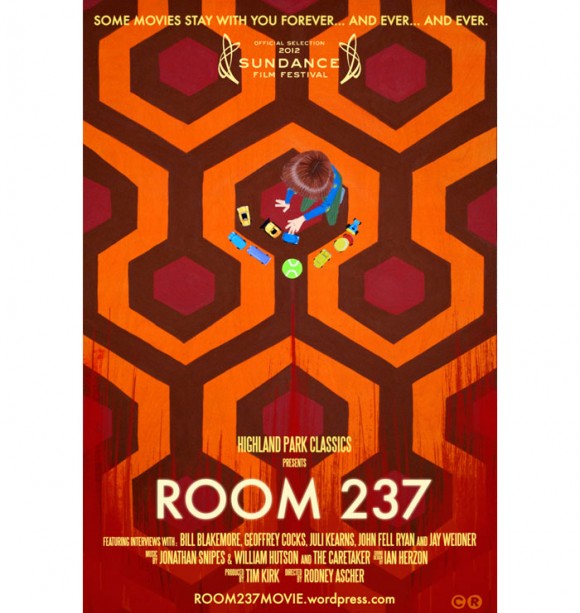 “Cracking the Code in ‘Heeere’s Johnny!’”

When “The Shining” was released in 1980, many viewers, including the critic Pauline Kael, left theaters mystified by what they had just seen. Expecting a standard frightfest based on a Stephen King best seller, they got an unexplained river of blood surging out of hotel elevators, a vision of cobwebbed skeletons and a weird guy in a bear suit doing something untoward with a gentleman in a tuxedo.

Three decades on, scholars and fans are still trying to decipher this puzzle of a film directed by Stanley Kubrick. To them it’s only ostensibly about an alcoholic father, Jack Torrance (Jack Nicholson) going more than stir crazy while his wife, Wendy (Shelley Duvall), and son, Danny, try to cope in an isolated hotel, the Overlook. Mr. Kubrick was famously averse to offering explanations of his films — “I have found it always the best policy to allow the film to speak for itself,” he once wrote — which has led to a mind-boggling array of theories about just what he was up to.