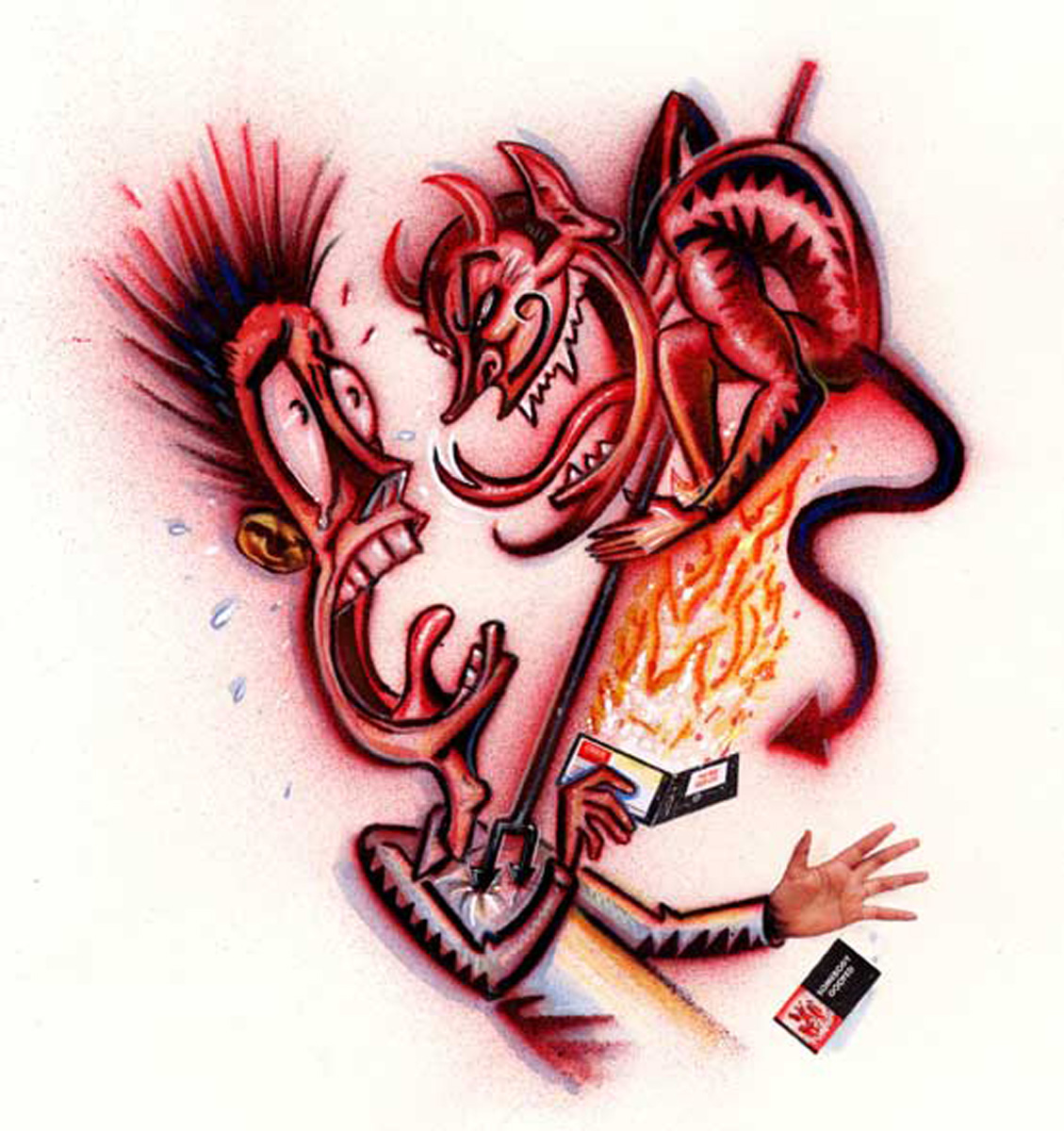 For the last five decades, Jack T. Chick has been writing tiny comic books about damnation. In the pocket-sized tracts, people are stabbed, burned alive, and eaten by snakes. There is cannibalism and human sacrifice. The apocalyptic works are equal parts hate literature and fire-and-brimstone sermonizing, with a tough guy Christ—“Jesus is not a weak fairy,” he writes—as protagonist. Chick, a fundamentalist Christian and president of a Rancho Cucamonga-based publishing company, wants his books to scare the hell out of you.

The format is inviting—so small, so handy, mostly pictures. The first panel immediately plunges you into the action, as a paramedic huddles over Bobby, a young teen who just overdosed on speed (we know this because the paramedic tells the crowd “HE OVERDOSED ON SPEED!”) “Wow! What a drag!” thinks one bystander. An elderly man preaches the gospel to a kid and is mocked and beaten by a man in a leisure suit. The bully drives off with the kid; their car is immediately hit by a speeding train. “YAAAAAA!” they scream. In the next panel, they’re in the Inferno.